According to a study published in the Lancet, projections indicate that by 2030 NCDs will account for almost 75% of all deaths in India and the years of life lost due to coronary heart disease will be greater in that country than in China, the Russian Federation and the United States of America combined. The latest statistics from the health ministry shows that the lifestyle diseases are rampant in Bangalore and Chennai. In Bangalore, 14% and 21% people are suffering from diabetes and high blood pressure.

A greater prevalence was seen among men (67%) with a male to female ratio of 2:1. Higher proportion of women below 30 year was due to cortical venous thrombosis (CVT).

13% reported a previous history of stroke, 48% were hypertensive, 23% reported to be diabetic, 33% used tobacco and 25% consumed alcohol. Nearly 1 in 5 patients had both hypertension and diabetes (18.5%).

A study carried out by Department of Community Medicine, Bio-statistics, Kasturba Medical College revealed that in 2006, the overall prevalence of diabetes in coastal Karnataka was 16%.

A recent population-based cancer registry data of the Indian Council of Medical Research (ICMR) shows that Bangalore has 113 male and 139 female cancer patients per 100,000.

The Cancer Atlas published by the ICMR indicates that thyroid cancer is more prevalent in the coastal areas of Karnataka and Kerala.

In the hospital based cancer registries (HBCRs), cancer of the cervix is the leading site of cancer in Bangalore and Chennai.

In a study carried out by Centre for Survey Research & Management Services, the two major risk factors observed among males were smoking and alcohol consumption. About two fifths (40%) of them were current smokers as well as current users of alcohol (41%).

The median age at initiation was 21 year for both smoking habits and for alcohol consumption. Nearly a quarter of the target population were inactive (23% males and 22% females) based on work and leisure time activities. More than one-fifth of them (23%) reported stress.

Obesity was found more among females (33%) than males (17%). Low socio-economic background was found to be a high predictor (high risk group) for habit of smoking, alcohol consumption, stress and unhealthy diet.

As many as 3 crore Indians are overweight, and obesity continues rise, says statistics revealed by the National Family Health Survey (NFHS). Around 20% of school-going children are overweight.

In Bangalore obesity is reaching epidemic proportions, with around 25% of city children between the age group of four to 12, suffering from obesity. 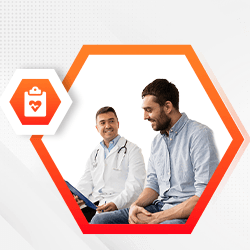