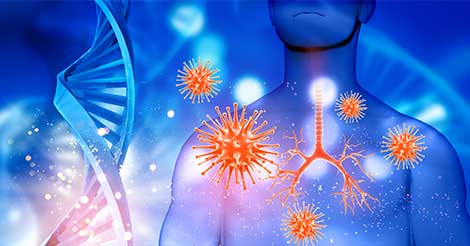 Since, lungs are large organs; tumours get the opportunity to grow in them for a long period of time before they get detected. Even when symptoms begin to appear like coughing, fatigue or pain, people tend to overlook them. Therefore, stages I and II (early stage lung cancer) is difficult to get detected. Hence, mostly people with lung cancer are diagnosed at later stages (stages III and IV).

This type of cancer accounts for about 85 % of lung cancer cases. There are various types of this type of tumor:

Stage I : When the cancer is located only in the lungs and has not yet spread to lymph nodes or adjoining tissue

Stage II : The cancer has spread to the lung and nearby lymph nodes

Stage III : The cancer spreads in the lung and reaches lymph nodes in the middle of the chest, also known as locally advanced disease. Stage III has two subtypes - stage III A & stage III B.

Stage IV : This is the advanced or final stage of lung cancer, when the cancer spreads to both lungs, into the fluid found in pleura or to other parts of the body such as the liver or other organs.

This type of cancer accounts for the remaining 15 % of lung cancers. This type usually results from smoking and grows & spreads more rapidly to other parts of the body than non-small cell lung cancer. Thankfully, it is also more responsive to chemotherapy.

There are 2 stages of this type of cancer.

Limited stage : Cancer is found only on one side of the chest, involving only one part of the lung and some nearby lymph nodes.

Extensive stage : Cancer spreads to other regions of the chest or other parts of the body.

Early detection of lung cancer plays a vital role in effective treatment of the disease. Staying away from risk factors such as smoking and tobacco usage and getting regular medical checkups is the key to catching the diseases in initial stages.

Lung cancer is dangerous and deadly. But it is difficult to find in its early stages as this disease may take years for cancer to grow in the large organ and generally show no early symptoms.  By the time you rule out other infections related to lungs, cancer spread and generally gets detected in later stages. However, master health checkup package by Indus Health Plus offers an overall idea about your health status and if something is detected you can start the treatment. To know more about the disease, treatment or the package, fill the form and our team will contact you.

Must Read About Lung Cancer 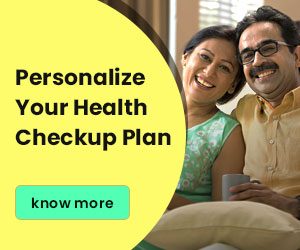 People Talked About Us 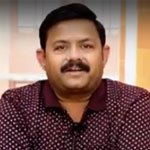 PREVENTION: THE FOUNDATION OF HAPPY, HEALTHY LIFE & PEACE OF MIND… A good lifestyle leads to good health. The reports of your annual health checkups equip you with your personal health information and help you to live better and healthy.

On the occasion of senior citizens' day, our esteemed client shared his family's experience about getting timely intervention for calcium deficiency with health checkups. His brother used to think he's healthy but his test report surprised him! Lifestyle health conditions don't have visible symptoms, and only regular screenings can help to catch them.

An ounce of prevention is worth a pound of cure.

Your well-being is our number 1 priority that's why we have fully prepared ourselves to give you a COVID-safe checkup experience.

The test was planned in such a way that the time was minimized, optimized and could be done within a short span. Thank you so much Indus health plus.

"I took the health checkup package for my mother. The experience at the hospital was incredible. The staff was extremely courteous and made sure that there was no waiting time. The price of the package, the same day delivery of report and the useful doctor counselling made sure that the experience was memorable for me and my mother".

"This was the first time in my life that I had gone for an extensive checkup of my whole body and I could not have chosen a better facilitator than Indus Health Plus. Their representative was with me throughout the day and made sure that the tests were completed at the earliest. The hospitality accorded to me truly made my day".

"The overall experience was excellent and the test package was extensive. After the doctor’s counselling session, I understood what life style changes I need to make to lead a happy and healthy life. Thank you Indus Health Plus for showing me the right way. I will definitely make sure that my loved ones also undergo these tests".