Cervical cancer is the cancer of cervix (mouth of uterus) most commonly caused by HPV (human peppilomavirus). If the cancer is suspected and results of biopsy and other tests confirm the diagnosis of cervical cancer, the treating physician will order some more tests to find out the type and extent of cancer you have and if metastasis (spread of cancer cells to other parts of the body) has set in. 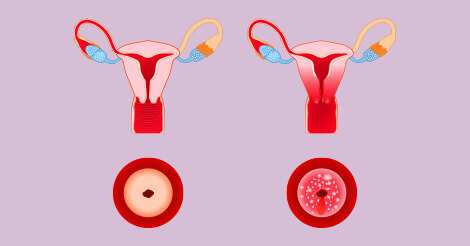 There are two major classification of cervical cancer -

8 out of 10 cervical cancers are squamous cell cancers. This type of cancer is composed of the flat cells (also known as squamous cells) which cover the surface of the cervix.

This is the uncommon type that contains both squamous and glandular cancer cells.

Various diagnostic tests are conducted once the diagnosis confirms cervical cancer which may include a pelvic examination, chest x-ray or blood tests, MRI or PET-CT. The doctor needs information to understand the extent to which cancer has progressed and whether the cancer cells have spread to other parts of the body. This process is known as staging. Knowing which stage the disease has progressed, helps in chalking out an appropriate treatment plan for the doctor.

Cancer is limited to cervix and has not spread to nearby area. A very small cancer is visible under a microscope.

Cancer involves cervix but still has not spread to nearby tissue. A larger tumour is found in the tissues of the cervix.

Cancer does have spread to nearby tissue (beyond the cervix to the upper part of the vagina) but is still inside the pelvic area.

Cancer does have spread to nearby structures (tissue around the cervix) but is yet inside the pelvic area.

Cancer has spread in the whole pelvic area and to the lower part of the vagina. The cancer cells may have spread to block the tubes connecting the kidneys to the bladder.

Cancer has spread to other parts of the body like urinary bladder, rectum or other organs close to the cervix.

Cancer has spread to far off organs of the body such as the lungs. After the diagnosis of cervical cancer, your doctor will try to know how much cancer has spread. This is known as staging. The cancer stage describes the extent of this condition in the body and plays a key role in deciding the treatment. Medical health checkup at regular intervals from any reputed healthcare providers like Indus Health Plus helps in detecting and diagnosing such serious problems in their early stages. To talk to a medical professional regarding cervical cancer, fill up the form and our team will contact you as soon as possible.

Approximately 1 in 10 cervical cancers are adenocarcinoma. In this type, the cancer develops in the glandular cells which cover the cervical canal. This is a more difficult type of cancer to detect through 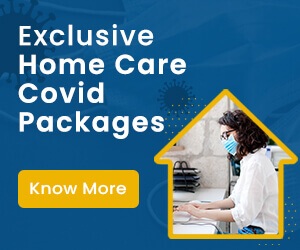