The earlier cervical cancer gets detected, more likely it is to be successfully treated. Women must begin cervical cancer screening at age 21, if they are sexually active by that time. 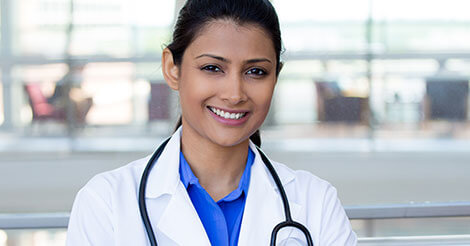 Also known as Pap smear test, the doctor scrapes and brushes out some cells from the cervix (mouth of

uterus), which are sent for examination in a laboratory for detecting abnormalities.

This test can detect presence of abnormal cells in the cervix, which may include cancer cells and other atypical cells that may turn cancerous later.

This test involves studying cells which are collected from the cervix for infection caused by HPV (which are likely to lead to cervical cancer). This test is suitable for women aged above 30 or for younger women who has shown an abnormal Pap test.

using a small instrument or a thin brush, tissues are scrapped from cervix If punch biopsy or endocervical curettage results come out worrisome, the doctor may perform below any of the following tests,

this uses a thin, low-voltage electrical wire to take out a small sample of tissue. This is usually done under local anaesthesia.

this allows doctor to obtain deeper layers of cervical cells for detailed testing in laboratory. This is done under general anaesthesia.

Cervical cancer treatment depends on factors such as stage of cancer and other health issues problems. Surgery, chemotherapy, radiation - a combination or single modality among these can be used for the treatment.

Cervix and uterus are completely removed

Cervix, uterus, some part of vagina and nearby lymph nodes are removed

This uses high power energy beams of X-rays, which kills cancer cells. Radiation therapy can be used alone or along with chemotherapy before performing the surgery. This shrinks the tumour.

Radiotherapy can be given in two ways -

As a side effect to radiation therapy, premenopausal women may stop their menstruation and may enter menopause.

Chemotherapy is usage of medications, typically injected through a vein. Low doses of chemotherapy are usually combined along with radiation therapy to enhance the effects of the radiation.

The treatment for abnormal changes in the cervical cells mainly depends on whether you have severe, moderate or mild changes. In addition, early detection of this condition generally results in successful treatment. So, it is crucial to get your cervical screening tests done along with your full body checkup. Indus Health Plus offers such screenings and checkups. Get in touch with our team to know more about the checkup packages, cervical cancer, and its treatment by filling the form and we will connect with you soon.