Breast Cancer on Rise in Metro Cities: An Abnormality Report

Cancer is one of the leading causes of deaths in India. According to WHO, India has about 2.5 million cancer patients and 1 million new cases gets added every year with chances of the disease rising five-fold by 2025. 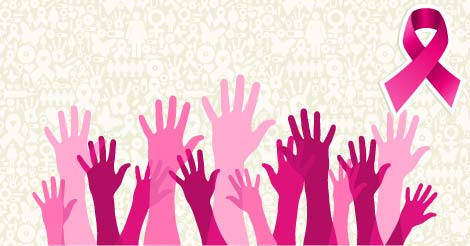 About one lakh new breast cancer cases are diagnosed in the country every year and 52,000 succumb to it primarily due to lack of awareness and screening. WHO report says that 65 % people in India are diagnosed only when they are in stage III or IV, which is an advanced stage of the disease. The drastic age shift is also a cause of concern as more women between the ages of 20- 30 now are diagnosed with breast cancer.

Early breast cancer usually does not show symptoms. With eminent cancer endemic looming over India, experts believe that at Stage 1 the cancer is curable and at Stage 2 it is manageable. However due to poor utilization and lack of awareness of preventive healthcare most patients do not undergo relevant tests till the symptoms began to appear prominently. By then stage 3 and 4 begins making the disease mostly incurable.

According to WHO, at least one-third of all cancer cases are preventable as prevention offers the most cost-effective long-term strategy for controlling cancer. Treating cancer is a long process that leaves families and patients strained financially and emotionally. Chemotherapy and medicines do not come cheap, and it’s not easy to watch a family or friend sinking.

Cancer is best prevented than treated; focus should be on healthy lifestyle and preventive healthcare checkup.

While a number of people are genetically predisposed to have abnormal cell growth resulting in cancer, a combination of unhealthy lifestyle, stress, and poor dietary habits is the harbinger of cancer.

Abnormality Reports Say it All

Delhi: Evident rise in breast cancer detection with almost 28% increase in cases compared to 2012. Increasing stress levels has also added to the rising breast cancer detections. Close to 57% of those in the age bracket of 25-45 were detected with breast cancer, majority amongst these were those with poor lifestyle and inadequate exercise and sheer negligence. Delhi being a capital of food lovers is evidently high in numbers, this time especially amongst women. They also consume high amount of oil/ghee/butter in various cooked eatables. This has evidently increased the numbers of obesity, hypertension therefore giving a rise in the number of breast cancer

Bangalore: About 54% of women suffering from breast cancer are in the age bracket of 25-40 years With change in lifes tyle and high intake of carbohydrates and fat, there has been an increase of 28% obesity cases amongst women compared to last year. 35% of population in age group of 20-40 and rest from 40-50 yrs age were obese, that does lead to be a major risk factor for breast cancer. Today Bangalore stands with maximum cases amongst all cities in India for breast cancer Women had higher detections with increase of 23% in hypertension. Many of the detections amongst women were a victim to late marriage, no breast feeding, late menopause and change in lifestyle. 70% of these women were from the working lot

Pune: Its quiet evident that even within Maharashtra, the numbers of cases in urban cities like Pune are on a rise due to huge shift in lifestyle changes. Not only is the sonomamography detections higher, but also the percentage increase in hypertension and obesity is high that that clearly indicated the increase in the risk factors for breast cancer in urban areas.

(The findings are based on number of people who underwent preventive healthcare checkups).

Breast cancer is dreadful but also preventable, adopting simple yet effective preventive healthcare steps will ensure that remain healthy for the effects of a sedentary lifestyle.

By following simple steps as those mentioned below will help you stay a step ahead of breast cancer,

Due to lifestyle changes and many other factors the risk of breast cancer in the women of the modern world has increased drastically. Hence, for maintaining the health and tracking its status, regular complete body checkup is necessary. These screenings evaluate potential dangers and infections. Indus Health Plus offers various health checkup packages and gives a detailed analysis of your health status. If you have any query about health check-ups, do fill the query form and we will get back to you.

Lets Check Your Risk For "Breast Cancer" with Self-Assessment Health Indicator based on Immunity, Health, Nutrition, Fitness and Habits.
Analyse My Health

Load More Load Less
Hey, How can I Help You Today?